Action & Fishing are in the DeBoard’ s blood! This is how it all began….. 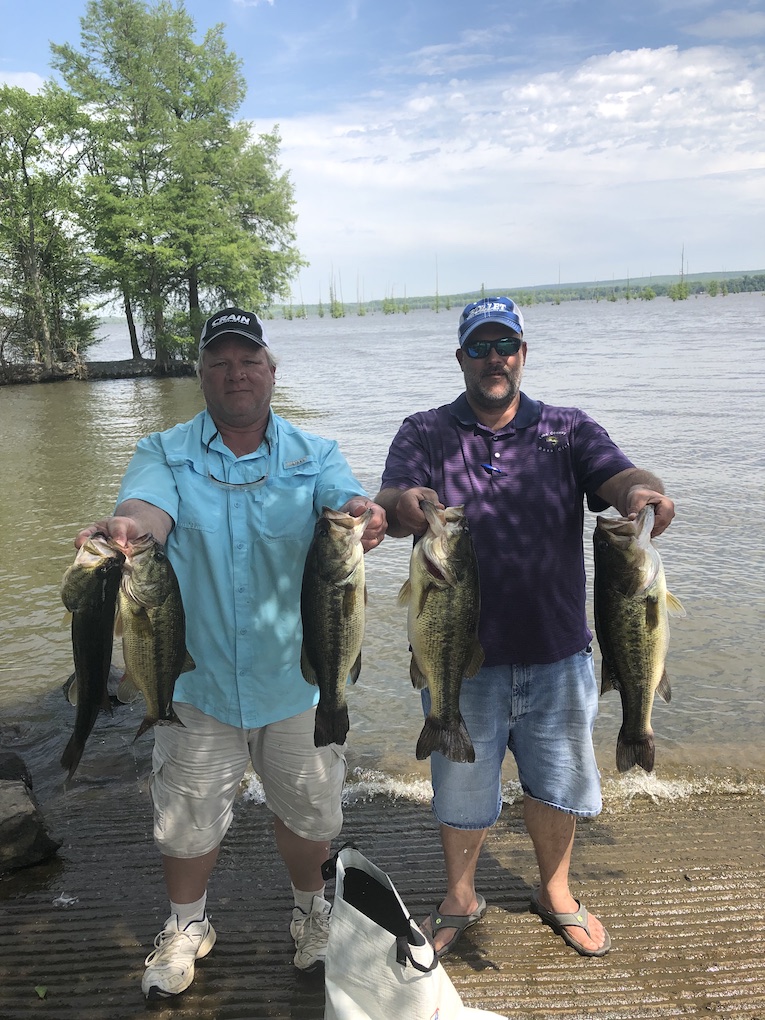 Cary DeBoard’s career at Action began 17 years ago and is quite a story. Cary had been working at Nucor Steel for 5 years when they closed their doors. During that time, Cary’s father, Doy, was active in the military and happened to be at LR Airforce Base, with V 189 aircraft squadron, at the same time as Jason Deblock. Jason at that time was a foreman for Action. Doy walked up to Jason, introduced himself, and told him he had a son that needed a job and Jason said to have him show up and they would give him a start.

Cary was hired as an apprentice plumber, and went to apprentice school for 4 years. After passing his journeyman’s test and getting his license, he began working in the field as a journeyman plumber and then promoted to foreman. Soon after, his IT background led him to the CAD department, where he worked for a period of time. During the years to come, Cary went back to the field, left Action for a while, came back as a tools/shipping & receiving coordinator and then to an estimator position.

When asked why he moves around so much, Cary’s response is that he is very diverse and there are no boundaries on experience.
Cary’s personal interests include FISHING and hunting, in that order. In his off time, Cary can be found on his 22’ bass boat, sometimes with his friend Jason Deblock, where the two of them are often competing in various fishing tournaments together. Their biggest win? A 5-fish stringer weighing in at 28 lbs. 3 oz.
Cary’s future plans: “To live one day at a time. That’s all we can ask for”. 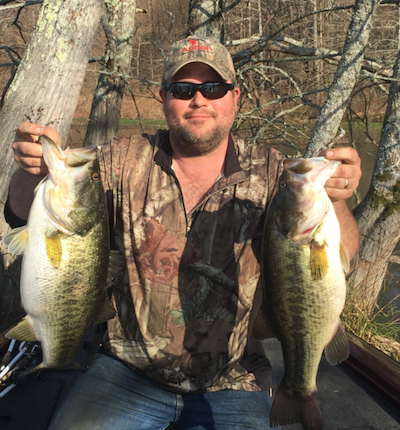 Kevin DeBoard’s career at Action began 12 years ago, when Cary DeBoard, Kevin’s brother, prompted him to come to the Action side of things. He then left International Paper after 15 years, and began his journey as a brand-new apprentice plumber and attended apprentice school for the next 4 years. He said the path was tough, trying to raise a family, attend school, and work at the same time, while earning an apprentice wage, but in the end, he has benefited in many ways by sticking to his guns and finishing school. As a journeyman plumber, Kevin has played a major role in Action’s success. His peers call him a “lead man” and the GO-TO guy out in the field.
On the softer side of things, Kevin and his wife, Kim, have 3 children: 18-year-old Dayton, 14-year-old Makala, and 5-year-old Jesse.

Together, they all love to fish, hunt, horseback ride and just pack up and go. When asked what his biggest fish was, he ever caught, he proudly responded “8 lb. 12 oz black bass”. His biggest 5-fish stringer was 23 lb. 13 oz., with his father Doy. The largest deer was an 8-pt white tail buck.
Kevin’s future plans: He wants to work at Action until they tell him he’s too old to work and continue to spend as much time as possible with his family, enjoying packing up and taking off to their next adventure. And when the kids have grown and moved, he’ll be ready for the grand kids! 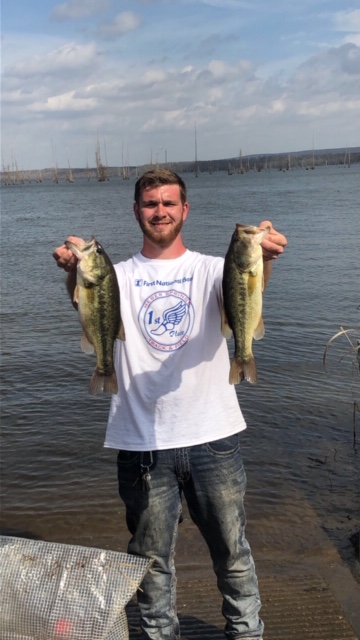 Dayton DeBoard’s career at Action began not quite that long ago. In fact, only 3 months ago. Even at a young age, Dayton hung out with his father Kevin, uncle Cary, and grandpa Doy, so Action was a very familiar, house-hold name. It came as no surprise that when Dayton was 16, he was told by Jason Deblock, Action project manager, that when he turned 18, he needed to come work at Action. Pretty sure that happened during a fishing trip! Dayton has since begun his career at Action and will begin apprentice school in the next week. He said he is excited and looking forward to school, but then hesitated and also added, “but it is school after all, yuck!”.
Dayton’s future goals include having a family and being successful in that category of life. He is also very interested in a welding profession. His biggest fish is 7.5 lb. large mouth bass. His biggest 5-fish stringer is 20 lb. 6 oz., caught with his grandpa Doy.

Doy DeBoard’s career at Action began 7 years ago. Prior to coming to Action, Doy was in the AR Air National Guard for 42 years. His beginning job was aircraft maintenance and he retired with the title of Chief Master Sergeant in 2005. Of that 42 years, 38.5 of it was spent in the Civil Service. During that time, there were 62 people and 12 aircraft assigned to him. Doy was ultimately responsible for their flying and maintenance activities. 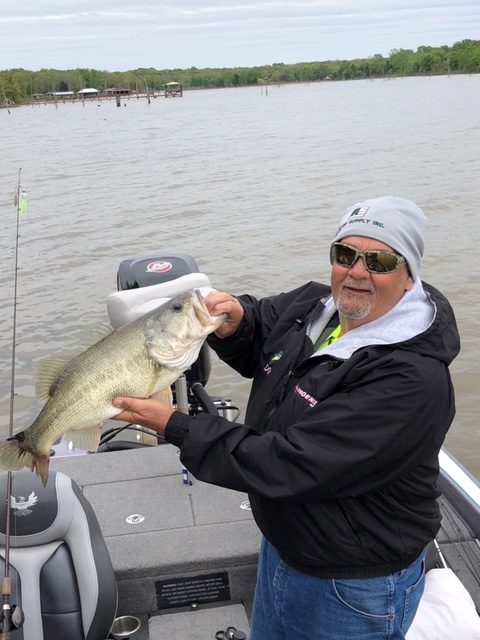 In 1983, Doy and his wife Marilyn, purchased a home in central AR with lakefront property. Their reason for this purchase was because they wanted to give their kids something to do instead of worrying about them running the streets. Well it worked! Doy reflects that when both Cary and Kevin would get home from school, they’d run thru the house, drop off their school books, grab their fishing poles and head for the lake, where they would spend countless hours fishing. This tradition has grown throughout the family and is still carried down thru the years from his kids to his grandkids.

In 2012, Cary called his father and told him there was an opening in the Action warehouse and if he wanted the position he needed to come to the office. He met with Clint Elliott, CEO, and John Kennedy, HR at that time. Doy worked until March of 2016, when his wife Marilyn was diagnosed with breast cancer. In fear of not being able to care for the grandkids, Marilyn asked Doy to stay at home and help her care for the grandkids during the day, while she received cancer treatment. Unfortunately, cancer got the best of her, and Marilyn passed away soon after. In August of 2018, Jason Deblock called Doy to let him know that his son Cary, was moving from the warehouse position to estimating and if he wanted his job back, it was waiting for him. Doy gladly accepted his position back.

What are Doy’s future plans? Doy, like his son Kevin, plan on working at Action until they are both told they are too old to work anymore and continue enjoying time with his family. Doy says his biggest fish is a 63 lb. flat-head cat fish and shares the 5-fish stringer weight of 23 lb. 13 oz with his son Kevin.

In closing, during my conversation with Doy, I complimented him on the sense of responsibility, integrity, and such strong family values in his kids and grandkids. His response was to automatically move the compliment from his shoulders to his past wife, Marilyn. He said, “Marilyn was a key part in all the strong family values we instilled in our kids.”

Honestly, I am proud to get to know them.
Robin D’Onofrio