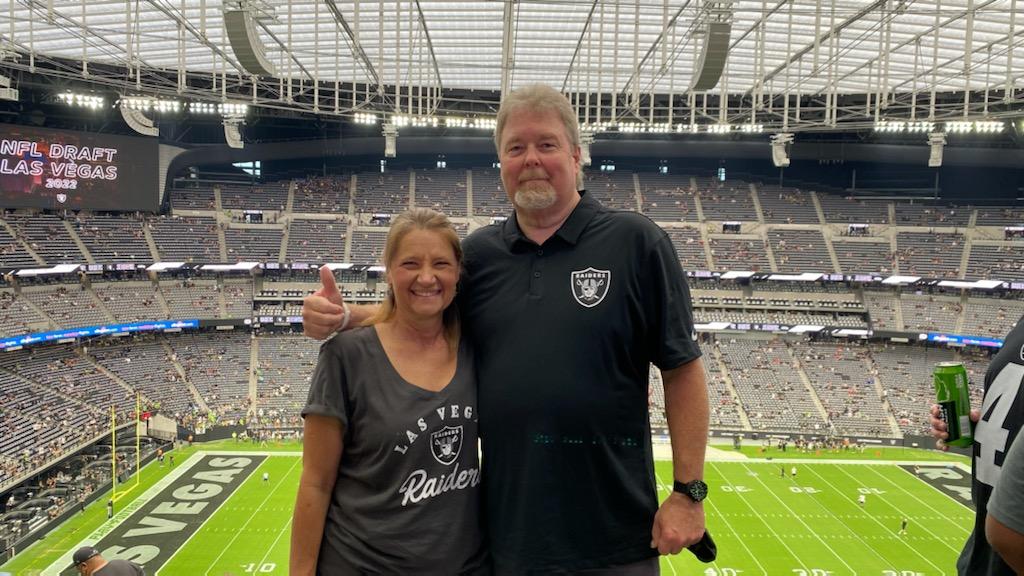 Today’s Spotlight story is on Rick Evans. Rick Evans is a senior project manager in our Little Rock office. How Rick ended up in Little Rock from San Bernardino, CA is a great story!

Rick was born during the hippie era!! To say the least, he loved Bob Seger and Tom Petty. He said that rock bands back then sounded better, and stayed together! Rick was also born in San Bernardino, California. Somehow those two facts just seem to belong together. As he was telling me stories of his childhood, I had visions of people sitting on hills watching concerts down below. (A lot like Woodstock lol!) “The US Festivals were in my home town; Cal jam 1 & 2 LOL.”

When Rick was 12 years old, his family moved them to Apple Valley, CA., in the high desert. Rick explained the high desert as being off of a mountain plateau at about 4900 ft and if you kept going you would end up in Las Vegas and in the other direction Los Angeles, or the beach.

In 1975, Rick graduated from Apple Valley High School. During his high school days, Rick took classes like auto, metal, and wood shop. He loved them all. These classes helped pave his path to where he is now.

While Rick was a child, his parents owned a plumbing contractor business, called Lake Plumbing. At the young age of 12, Rick began spending his summers working for the family business; learning the trade. His entire family worked in the trade. It would come as no surprise that later in life, Rick would have both a journeyman and a contractor’s license.

At the age of 23, Rick graduated from the apprentice plumbing program and there was no stopping him. For the next 6 years, Rick worked for major industry leaders, such as Bechtel on nuclear and coal gasification power plants, M.W. Kellogg on nuclear power plants, and his parent’s company as a plumber/pipefitter, thru the Local 364 Plumbers, Pipefitters & Steamfitters Union. And so, after many years of learning from the best, he decided to make a change.

It was in 1986 he decided to go out on his own. And, after getting his contractor’s license on August 26, 1986, that’s exactly what he did. Rick began his own company called Sundance Plumbing. His company was based in San Bernardino, CA and they did commercial and large residential plumbing. He employed up to 10 employees depending on the season and kept very busy. At that point in life, he never gave a thought to moving to a place called Fort Smith, AR!

Well, that was before he attended his niece’s wedding in Arkansas in 1991. Rick had been invited by his brother, Jerry Evans, who was working for Action, Inc., at the time. Jerry introduced Rick to Ron Wright and Dan Johnston, who cordially invited Rick to come work for them.  After thinking about it for the next few months, Rick packed up his gear and headed to Fort Smith, AR! Rick began his career at Action, in the Barling office as a JP and Foreman.

Not too long after that, Action opened the Little Rock office and Rick Evans joined project manager, Ed Tyson, to help grow Action to where it is now. Rick began his Little Rock career doing jobs such as bidding, take-offs, field foreman, field superintendent, and project manager. Rick can still be found at the Little Rock office today, doing what he loves the most! Rick’s title now is Senior Project Manager, with at least 42 years of plumbing experience under his belt! Rick has no idea when he will retire. He loves his job and he loves working for Action! And…Action loves him!

When Rick isn’t working at Action, you can find him honing his glass blowing, jewelry making, and pottery making skills! Together he and his wife Vicki, created a company called VR Creations, and opened a studio in Little Rock, AR to make/sell their products. Unfortunately, they closed it during COVID, but it is on their short list to get it reopened soon. 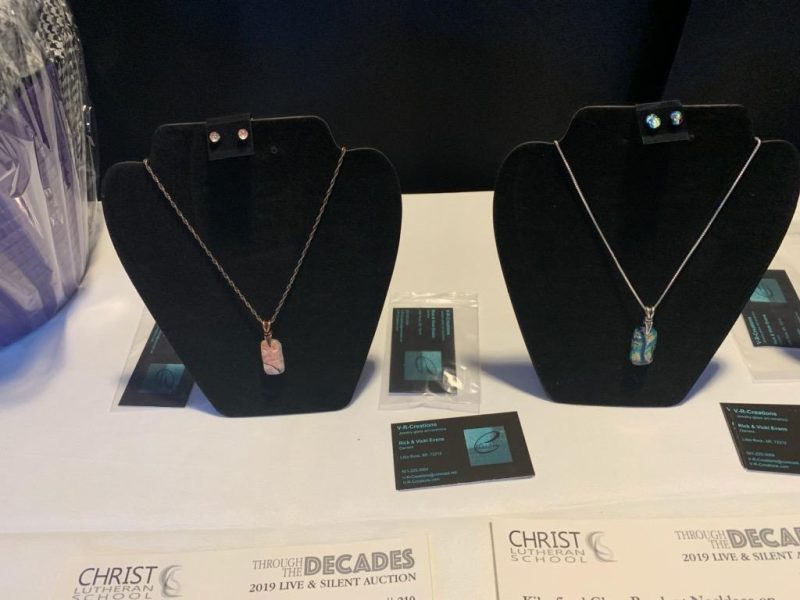 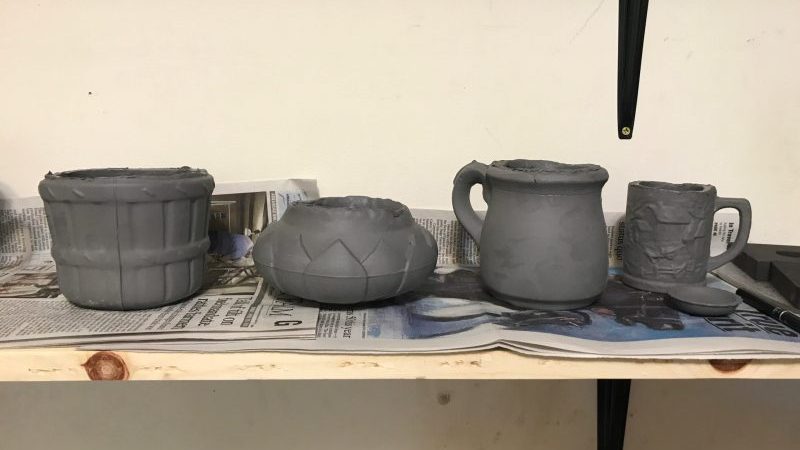 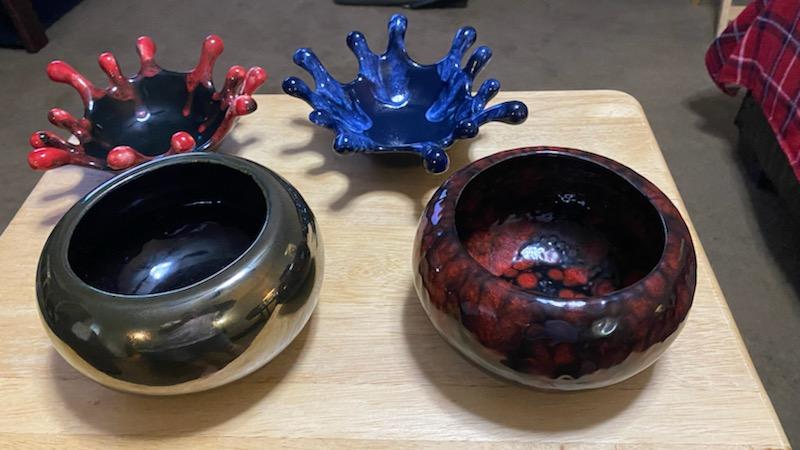 On the softer side of things…Rick met his wife, Vicki, in 1997 and they married in 2000. Rick has a biological son and two step children. All three children live in Arkansas. Two of them work in the construction industry, and one works in the marketing field. They have a granddaughter who is eight years old, named Ariana.

When I asked Rick what his words to the guys just starting the program were, he said, “Get that license! You can always fall back on that. Don’t quit!” 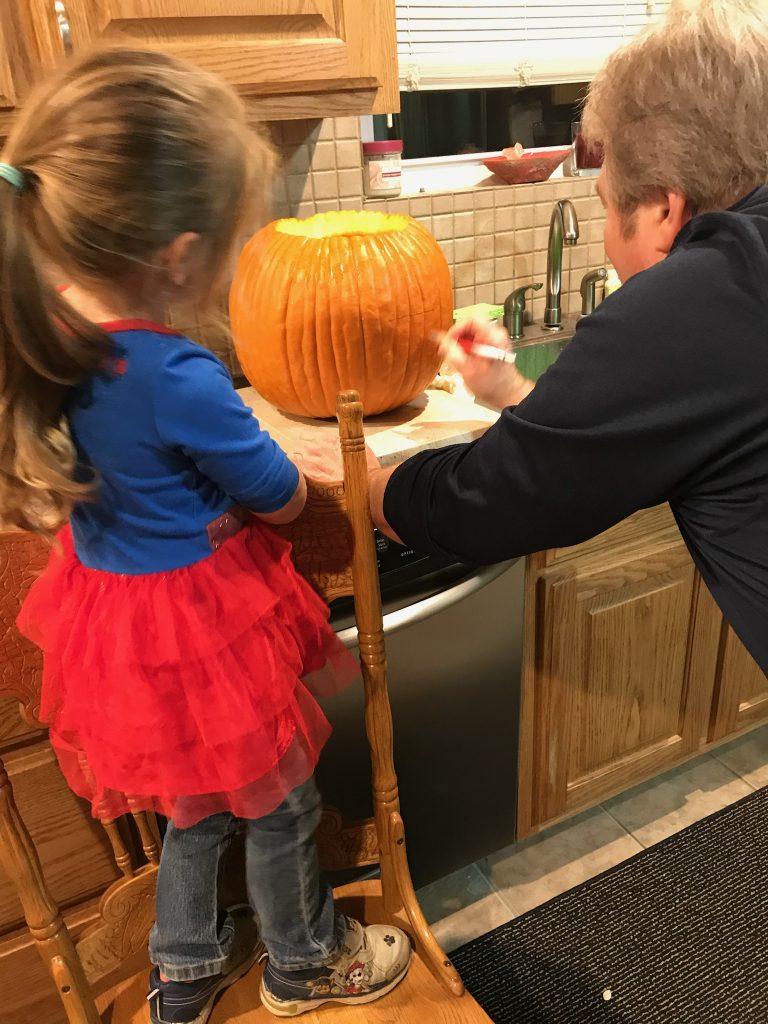 In closing, I need to add that Rick Evans is a crack up!! He made me laugh so hard during this spotlight story interview. He is a blast! I also need to add that Rick is a very kind and caring person. During the last 6 years, Rick has always gone out of his way to be incredibly polite and kind to me. I’ve only ever heard good things come from and about him. I am so glad I’ve had the honor of working with Rick these last 6 years! I would gladly call him my friend.

When Jason Deblock, project manager in Little Rock, AR, found out I was doing a story on Rick, he immediately wanted his point of view added also! This is what Jason Deblock had to say: “He is awesome! Put in the story how he taught me so much and that what I learned from him is priceless and that he is a great mentor!”