This quarter’s spotlight is on Trent Keller, Project Manager in the Jonesboro office.

William Trent Keller, better known to us as “Trent”, was born in Jonesboro, AR. He attended Valley View High School in Jonesboro, and graduated from there in 2003. While in high school, he played many school sports, including tennis, shortstop and pitcher in baseball, and point guard in basketball.

Although his heart was in sports, his career interests began to lean towards the construction industry. Consequently, after graduating high school, he enrolled and began his studies at Arkansas State University, working on his pre-req’s for a construction management degree. While attending college full-time, during the summer seasons, he worked at side jobs in construction, such as roofing, and general labor. He even worked part time for Nabholz Construction.

After attending ASU for 3 years, he moved to Little Rock and transferred to UALR, where he graduated in 2008 with his Bachelor Degree in Construction Management. During Trent’s last year at UALR, he interviewed with Clint Elliott and was accepted into Action’s internship program. Once Trent graduated with his degree in 2008, he began working full time for Action and hasn’t stopped since.

While Trent was attending Arkansas State University, he met Lindsey Kennon. Lindsey was also attending ASU, with her major in marketing. She graduated with her Bachelor Degree in 2008 and moved to Little Rock to begin her life with Trent. Lindsey and Trent married in 2011.

For the next 8 years, they lived in Little Rock. During that time, Trent was able to work with and learn from some of Little Rock’s best minds in the business. Some of these included, Clint Elliott, Rick Evans, Jason Deblock, Rick Dunn and Bill Satzler.

Both Trent and Lindsey loved their lives in Little Rock, but their families all lived in the Jonesboro area. And as much as they loved their lives in LR, they knew ultimately, they needed to move back. So, Trent talked with Clint and told him how much he loved his job, and was so thankful for everything that had happened, but they were moving back to Jonesboro, as it was time for them to begin a family and be close to theirs. Clint’s response was, “Let’s start an office in Jonesboro.” And that’s how the Jonesboro office came to be. In 2016, the current Jonesboro office was purchased and Trent and Lindsey moved back to Jonesboro to begin the next chapter in their lives.

Trent and Lindsey’s new life and family began in 2012, when Luke Keller was born. And in 2016, Kennon Keller was born. Kennon was named after Lindsey’s side of the family, as Kennon was her maiden name. I am told Luke is the spitting image of his dad. He loves sports to the max! He is a quarterback on the football team, shortstop and pitcher in baseball, and point guard in basketball. Kennon loves to play tee ball and is Luke’s biggest cheering section at the games!

Luke’s love of sports is no surprise, given the fact that Trent played all those sports as a child and in high school. Both boys are following in their dad’s footsteps by attending, or will be attending Valley View Schools. When asked if the boys have seen any of their dad’s pictures on the walls at school, Trent replied, “They will once they’re in high school. There might be a few sports award plaques with my name on them. And of course, my senior picture.”

Trent’s words to the young employees at Action include, “Life and work is created by hills and valleys. Keep on keeping on. There will always be stress in your life, you just need to learn how to deal with it.”

One of Trent’s favorite jobs was the ASU Press Box in Jonesboro, because it was the most time-constricted job, and the most prestigious. It was fun!

In closing, Trent and I first met back in the day when we hosted the quarterly safety meetings at the Barling office. But, the first time I ever really got to talk with him and get to know him was when we attended the high school career fairs in the Jonesboro area.  I quickly learned how strong his work ethics and family values were. Immediately, I had a strong respect for Trent Keller and what he represented; both personally and professionally.  Over the years we have worked together on many projects and I always look forward to talking with him. We always end up laughing!

I am proud to call him my friend… 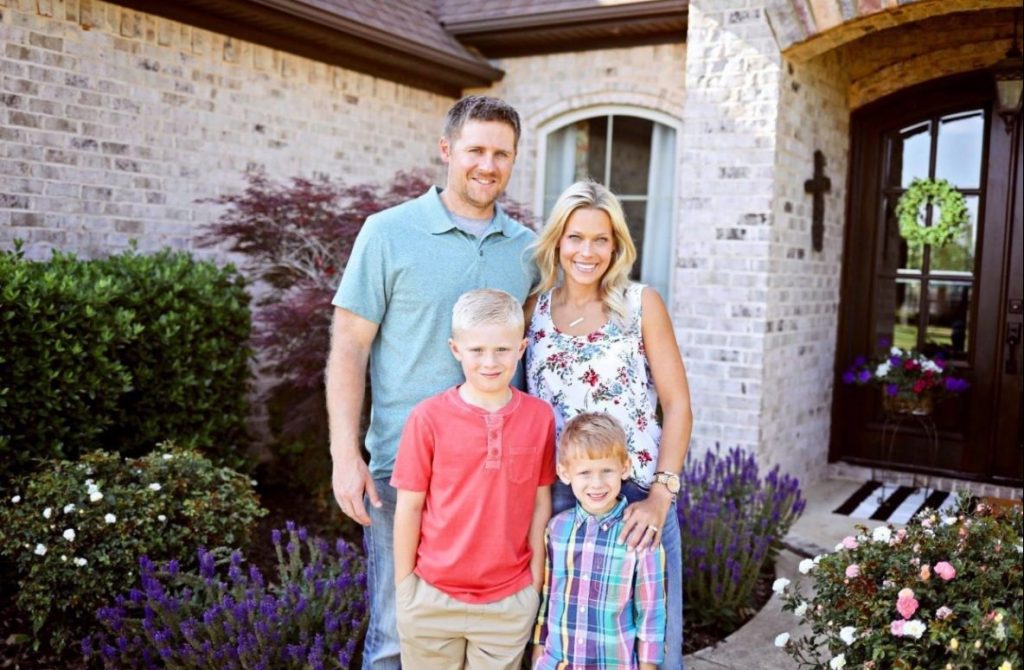