This quarter’s spotlight is on Cameron Tarpley, Project Manager in our Maumelle office.

Cameron was born on August 22, 1999, in Texarkana, AR. He and his parents lived in Texarkana throughout his childhood. While living there, he attended and graduated from Texas High School.

Even from a young age, Cameron knew he wanted to work as a project manager in some type of construction field. He loved the idea of building, working as a team and having an influence. He wanted to be able to drive passed completed projects and know he had a part in them. So, after he graduated high school, he moved to Conway, AR and began his new chapter in life; a full-time college student. He began this incredible journey in the fall of 2018 and after a very intense and rigorous three years, Cameron graduated early from UALR with a Bachelor’s Degree in Construction Management and an Associate’s Degree in Construction Science.  Because of his dedication and commitment to learning, Cameron also graduated with high honors, earning a 3.96 GPA, while carrying up to 18 credit hours in some semesters. He said he fell short of his 4.0, because he received a B in one of his classes.

In Cameron’s early days of college, he applied for, and was accepted into Action’s internship program. He signed his Internship Program Acceptance Letter with Action on October 18, 2018. During the following three years, Cameron was able to work next to some of the greatest minds in the industry. He certainly took advantage of their knowledge and learned from their tutorship, because in May of 2019, he was promoted to Assistant Project Manager, and then promoted to Project Manager in May 2021.

During the time when Cameron was attending college, he was also busy building his own personal life. On August 1, 2020, Cameron and Ashley were married. Ashley and Cameron were high school sweethearts since their sophomore year. Currently Ashley is attending UCA working towards her degree in Speech Pathology. She will graduate in 2022 and then begin working on her master’s degree. Ultimately, her goal is to work as a speech therapist.

Now that Cameron has some free time on his hands, he’s getting re-acquainted with his love of bass fishing.

Cameron’s bucket list isn’t a big one, but it is certainly filled with heartfelt interests. He said ultimately, he wants to move out in the country to get away from having neighbors. He also wants to experience deep sea fishing, spend some time on the beach, and go to Alaska.

Cameron’s words to the wise include, “Listen a lot, do research, and take good notes. The project managers and foremen have so much knowledge to share.”

In closing, I did not know Cameron very well before writing this page. But, since interviewing him and hearing him speak about goals and dreams, and what is important to him, I know that he will achieve all of his bucket list items, and then some!

I wish you the best my friend. Let nothing stand in your way! 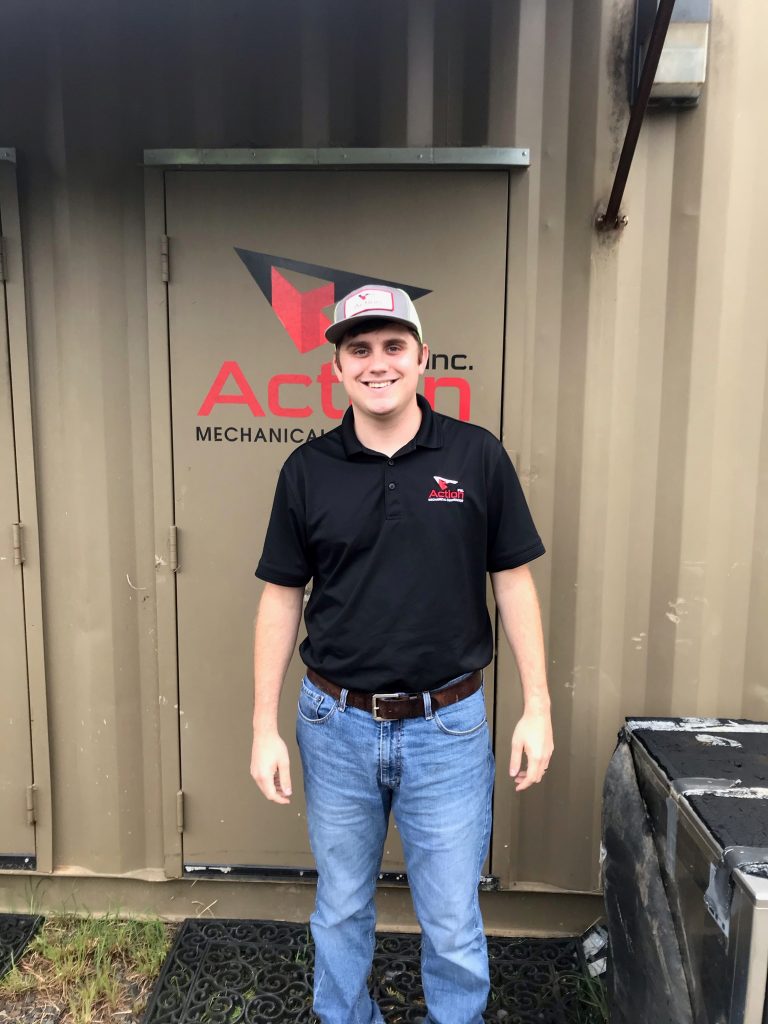