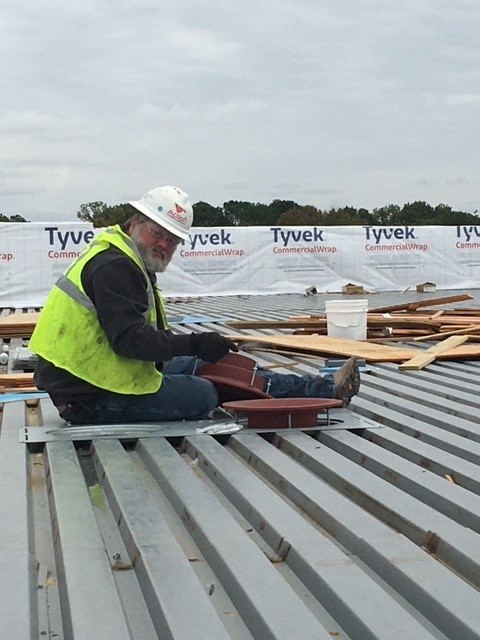 This is what Project Manager, Trent Keller had to say about Mark:

“Mark started working with Action back in 2003. He’s worked all over Arkansas, Oklahoma and several other states building Walmart’s and various other jobs for both the Fort Smith office and Little Rock office.

When we opened up an office in Jonesboro back in 2016 he helped me get everything up and going. He’s been a huge help from the start. When we first started over here it was just me, Mark, and one other person. Since then we’ve been averaging 10-15 employee’s year in and year out and he’s become my Superintendent over all the rest of the employees. Mark never complains when I ask him to do anything he just does it and makes it happen. He’s always on time, hardly ever misses a day of work. He’s a GREAT problem solver, good teacher, and all of his employees look up to him with respect because he leads by example. He’s been an asset from day one.

He was born and raised in Jonesboro. He currently lives in Brookland, AR right outside of Jonesboro. If he’s not at work he’s probably working on one of his latest side by side or jeep projects with his Rottweiler named Dakota. He also spends a lot of time with this nephew.”